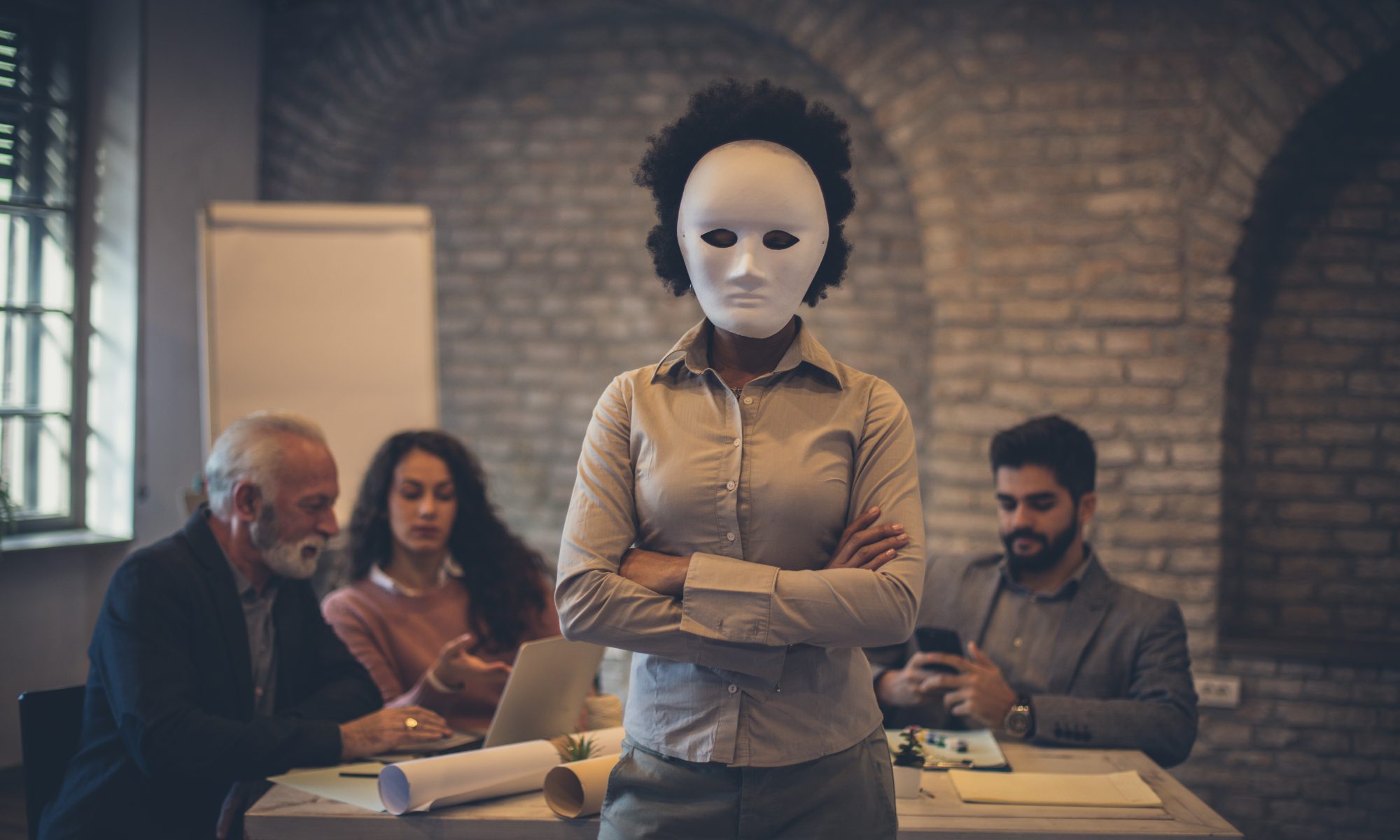 I had just come through one of the worst ordeals of my life.

Nearly a two-year battle with my work supervisor had come to an end. I look back and can hardly imagine how I made it through that period of my life without pulling out all my hair or just LOSING it all
due to the stress!

The constant pressure, harassment, unfair criticism, and sleepless nights were a part of my daily existence. The tearful prayers over the situation had finally ended. By God’s grace, my union representative, with the help of Human Resources, managed to secure my transfer to a different department.

I was ELATED.
I was RELIEVED.
I was THANKFUL.

I thanked God for bringing me through such a terrible ordeal. Anyone who has gone through a toxic work environment can attest to what I’m talking about.

There are no words to express how painful such a situation could be. For the first time in my life, I knew how some people are broken by workplace stress. The toll it takes not only on the individual but on the family. It was as if a weight was lifted off my shoulders. I could walk upright again. I regained the belief in my abilities to do a good job.

It took a few weeks to settle into my new department.

I met the hiring manager, the assistant director, only a week before I started. Later, I heard that he only did it as a favor to the HR Representative with whom he had a friendship. Be that as it may, we hit it off from the start!

It was amazing how God turned the situation around.

I learned my new job quickly and got along with everyone. But it was still there… an uneasy feeling… a feeling that somehow things could go wrong all over again. I tried to suppress it, but as hard as I tried, the thoughts lingered in the back of my mind.

Could I trust this new assistant director whom I would be reporting? Would he be turned against me once the rumors started? Would he still see me as a “good worker” even AFTER he got to know me… or see me as only the “trouble-maker” he would regret he hired?

Insecurities can be hard to process and even harder to live with. Insecurity is not something you can point to and say this or that is what makes me uncomfortable.

I knew this from past relationships I had.

It’s not anything the person did or said… it’s just a feeling. A feeling that says, “this could all change in the blink of an eye!” A few months went by, and things were still going well until… I logged into my computer and noticed that my assistant director sent me an email asking to see me in his office.

I slowly walk to his office, my mind racing! What could he have heard… what did someone say to him???

I knocked softly at the door to his office. He motioned for me to come in and sit down. He began by saying that he got a call from the Legal Department, desiring to know how things were going with me. He said that in all his years in management, he never got a call like that.

I was a bit relieved at that point. At least, I thought to myself, he acted as anyone would have given the circumstances.

But he was also understandably curious.

They would not tell him anything about what happened in my former department, but only wanted to know if I was “acclimating well with his staff members.” He said to them that I had, and they abruptly ended the call.

It seemed like what must have been TWO hours we spent talking. I gave him every detail of what led up to my inglorious transfer… the good, the bad, and the ugly… there was a LOT of ugly. And I admitted when I acted poorly and when I could have acted more professionally.

He appreciated my openness, my honesty, and my willingness to accept responsibility.

About two months later, he stopped by my desk and handed me a folder with my name on it. It was my personnel file. I looked at him in bewilderment. He simply said, “Open it!”

The first page was a computer-generated description of my job position, but at the top of the page was a big red stamp across the page that read: PERMANENT! Because I was a transfer due to “undesirable circumstances,” I was only hired by him as a temporary associate, but now he let me know that I was a permanent part of his staff.

I looked up from the file, and he smiled at me. He then said something that I would never forget. He said, “now you have security!”

I realized only then what God had already made possible. I was free… free from persecution… free from my past.

I also realized that all of the anxiety and trepidation I continued to feel even AFTER I transferred to my new job and under this great manager, was because I had never fully let go of the past.

I continued to feel uneasy… unable to trust anyone… and alone for the first few months in my new environment because I was holding onto images of pain and despair even though God moved me into new territory. I didn’t allow myself to relax and enjoy what God had done for me because I was still relying on SELF.

The Christian life is often the same way. We walk confidently in God’s promises… and sometimes not.

In the Epistle of John, Jesus said, “And I give unto them eternal life, and they shall never perish, neither shall any man pluck them out of my hand (John 10:28). Similar passages of hope and security are throughout the New Testament. The Apostle Paul encourages that we are “more than conquerors” (Romans 8:37) and that nothing “shall be able to separate us from the love of God, which is in Christ Jesus our Lord” (Romans 8:38).

But no matter how many times we read, recite, or memorize these passages of scripture, we often still find ourselves… after a bad situation appears … worrying about what someone can do to us. We know that “no weapon formed against us will prosper,” yet STILL experience anxiety at the thought of being on the wrong side of the desk during a poor job review. But why?

Looking in the Wrong Direction

Looking unto God requires us to look away from ourselves and put our trust in Christ. Placing and keeping our sight on Christ is not as straight forward as it may seem. We are often beset by self-reliance that masquerades as self-examination. A pride that feigns as education and self-satisfaction that precedes and succeeds job skills.

Correspondingly, when we are plagued by self-doubt, uncertainty, and insecurities, we are also looking to ourselves and OUR abilities.

It is NOT our strength, our skill, or our intellect, but Christ’s strength that is made perfect in weakness, and such is the whole purpose for His grace (2 Corinthians 12:9). If we could ever be sufficient, competent, or adequate, what need would there be of grace? But because of our inadequacy, we are all
the more desperate and hopeless need of God’s grace in all we attempt to do. Accepting God’s grace is primary for the Christian if we are to live a life pleasing to God.

We know that without faith, it is impossible to please God (Hebrews 11:6), but what does faith look like in our society today?

The author of Hebrews defines faith as “the substance of things hoped for, the evidence of things not seen” (Hebrews 11: 1). Similarly, a life of faith is a life led and characterized by looking, but sometimes not seeing. We know deep inside without anything tangible to show for the conviction. We run as if the ground beneath you is stable when you cannot see it or have any evidence. The foundation and impetus for such security come from looking to Jesus, the “author and finisher of our faith” (Hebrews 12:2).

When disappointment comes, we must look to Jesus.

When trouble comes, we must look to Jesus.

When our loved ones hurt us, we must look to Jesus.

When a friend betrays us, we must look to Jesus.

When we lose a job, we must look to Jesus.

When we lose a loved one, we must look to Jesus.

When all things unthinkable or catastrophic happens, we must look to Jesus. And know that He is God and that he is a rewarder of those that diligently seek Him (Hebrews 11:6).

The scriptures teach us, no temptation happens to us that is uncommon to humankind (1 Corinthians 10:13), but those same situations will plague and hamper our Christian growth if we fail to look to Jesus. In all things, in all cases, we must look to Jesus if we are to overcome, live, and thrive in all trials and all
temptations.

Therefore, let all our hope be placed in the “Shepherd and Overseer of your souls” for He gives us the victory. A victory beginning in this life that will extend into the next. The only security we have in this life is knowing that God is in control. And in that knowledge, we find both security and a glorious hope.

Be First To Receive Notifications And Special Offers!